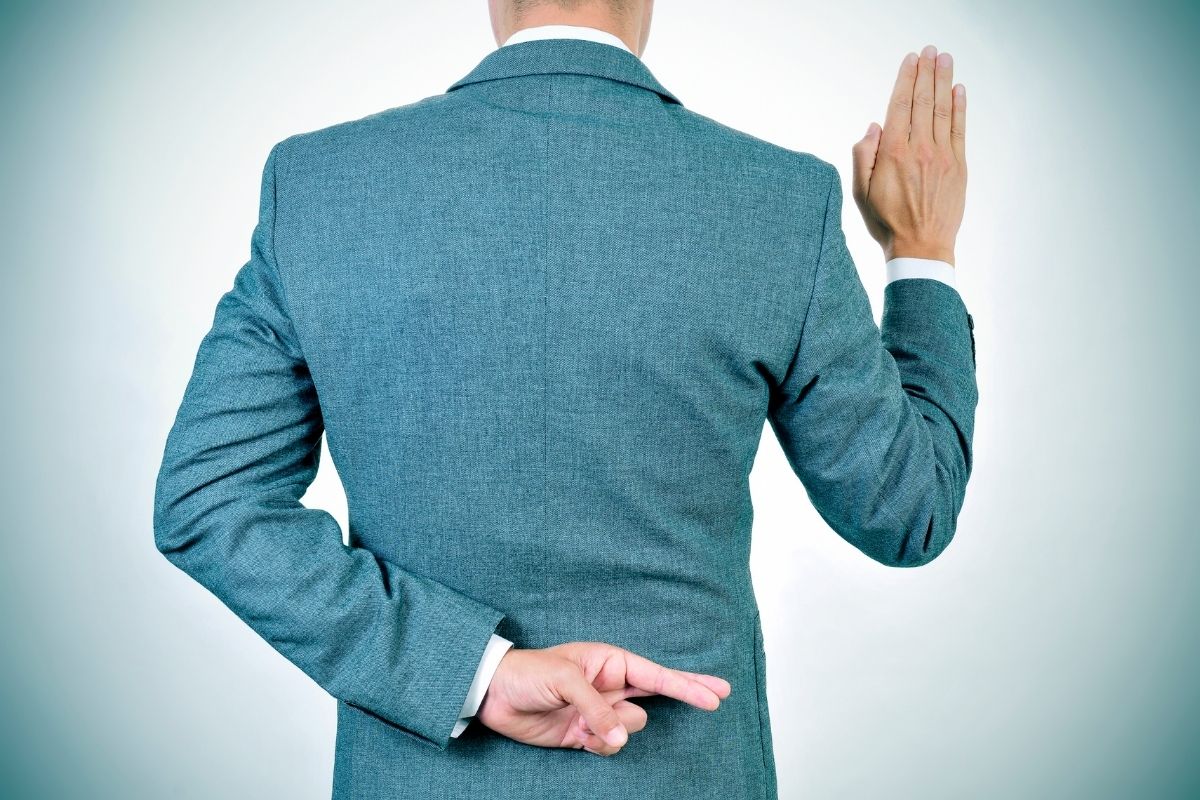 Television courtroom dramas like to build up the action of the show by bringing in some seedy lawyer who has all kinds of tricks up his sleeve to win the case and rake in the bucks. But in real life, is it okay for lawyers to lie or can they get in trouble for lying?

According to the Model Code, which is a set of ethical rules for lawyers that were developed by the American Bar Association, lawyers have the duty to disclose important facts when it is necessary to avoid helping a client participate in a fraudulent or criminal act. This means that if a lawyer sees his client withholding critical information in court, it is their duty to disclose the misleading information. However, the lawyer is released from this obligation when the information the client is withholding is told to the lawyer in confidence. So in some cases, a lawyer can lie.

What Does the Model Code Say About Lying?

As stated above, Model Codes are ethical rules, not necessarily laws, that the American Bar Association for lawyers proposed. Rule 8.4 (c) reads:

It is professional misconduct for a lawyer to engage in conduct involving dishonesty, fraud, deceit, or misrepresentation.

So, according to this code, it is considered misconduct if a lawyer lies. A lawyer should also not encourage others to lie. However, attorneys have found ways to get around this in order to serve their clients effectively.

Let’s say you are an attorney and you have just entered into a contract with a client. After signing the contract, he admits he is guilty yet wants to plead not guilty. How would you proceed if you are not supposed to knowingly lie?

In this case, a lawyer can still remain in good conduct if the client admits his guilt to the lawyer but wants to plead not guilty because the way the law is written, in the United States, a person is always considered innocent until proven guilty. So, according to this standard, the lawyer is staying within the bounds of the law, and it will be up to a jury to decide if the client is guilty beyond a reasonable doubt.

However, when the client is on the stand, the lawyer cannot do anything to encourage the client to give a false statement. This would be breaking another code called suborning perjury, which is considered a very serious crime.

Instances When It May Be Okay For a Lawyer to Lie

There are many fine lines regarding a lawyer’s obligation to always tell the complete truth. On the one hand, the lawyer has a contractual obligation to maintain confidentiality with the client. On the other, there is the necessity of adhering to the integrity of the court.

When a Lawyer Uses Deceipt to Collect Evidence

Suppose a corporation was told to stop the sale of an object that contained the property of someone else who was not being compensated nor had given permission for its use. A lawyer may decide to see if the company is abiding by the law by pretending to be a customer and placing an order for the product. The company then, not knowing it’s the lawyer, accepts the order and fills it.

Though this is deceit on the lawyer’s part, it would still be allowed in court because the lawyer was pretending to be a customer with the intent to gain evidence of the plaintiff’s ongoing wrongdoing.

When a Lawyer Claims Confidentiality

Suppose a lawyer has a client who is due for trial the next day on a drug charge. That evening, the lawyer is having dinner with friends and sees his client out in the streets, behaving as if he is high. The next day the client does not show up in court, and the judge asks the lawyer if he has any knowledge as to why his client is absent.

The lawyer knows that part of the condition of the client’s bail is that he stays drug-free. If he admits to seeing his client high, he is breaking the client’s confidentiality. If he tells the judge he has no idea what could have happened to his client, he is giving false information.

The lawyer can legally and ethically choose to ask the judge to be excused from answering that question because of his obligation to maintain the client’s confidentiality. However, if the judge refuses that request, the lawyer can truthfully say he has no idea where his client is, though, in the end, he could still find himself in trouble for deflecting responsibility.

What would be best to say is that he is still trying to find out what has happened or let the judge know that he doesn’t have all the information yet. This response may satisfy the judge without the lawyer getting himself into trouble.

Suppose a lawyer’s client tells her of his intent to present false evidence or lie about substantial information regarding the case. The lawyer cannot knowingly allow the client to take the stand and lie. She should try her best to convince her client that he could be in more trouble for committing perjury and try to dissuade him from doing so. She also should inform him that if he still insists on committing perjury, she will have to remove herself from representing him.

Most states have varying degrees of what a lawyer is legally required to do, but in some states, it is not enough that the lawyer only recuses herself and walks away. She may also be required to disclose to the court her reasons for recusing herself from the case, thereby breaking her client’s confidence concerning his intent to provide false information and perjure himself. Before doing so, she must also make sure her client knows she is required to do this.

The Case of Prosecutors Who Lie 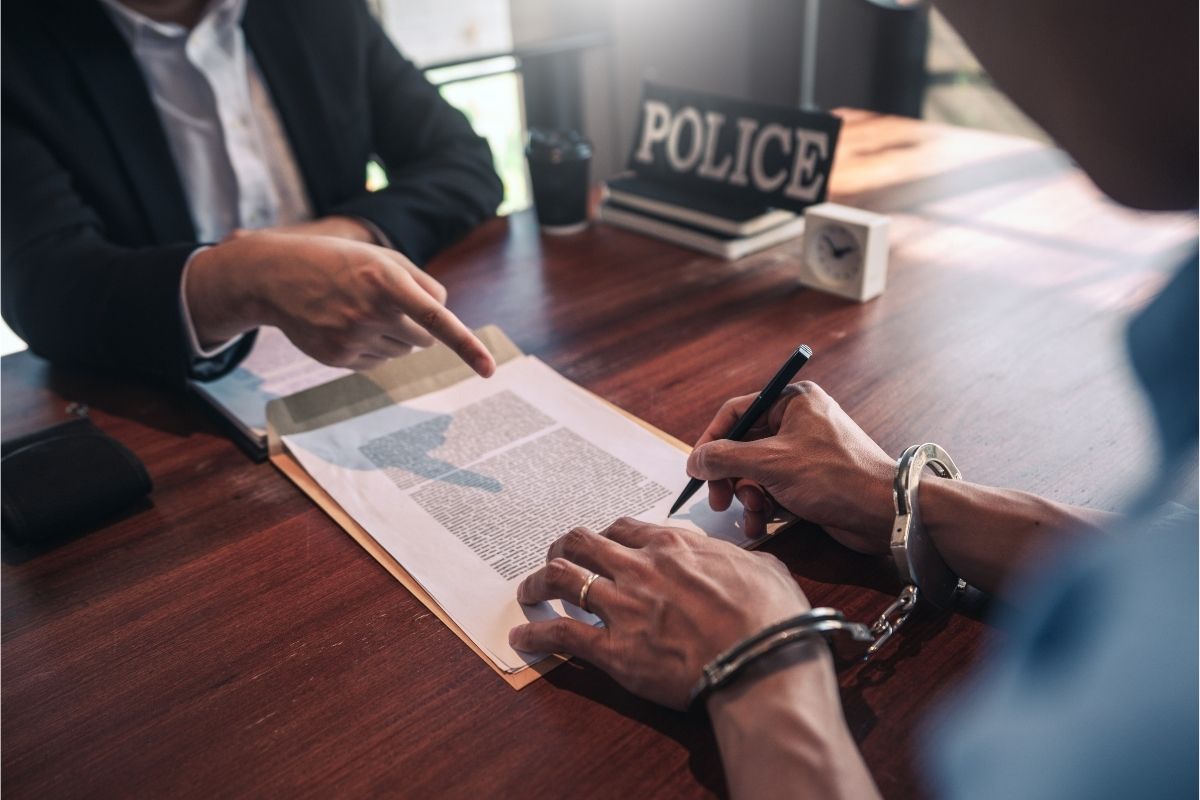 Prosecutorial misconduct occurs a lot sometimes because job pressures are more demanding. Citizens want prosecutors to keep criminals off the streets, so prosecutors will sometimes go overboard to make convictions stick. Other times, because of the number of cases they have, they make honest mistakes.

Yet there have been instances when prosecutors have been known to conceal or destroy evidence or leave out information that a credible witness has gone missing or has died.

Because prosecutors are generally the ones who control access to evidence needed to investigate prosecutorial misconduct, it is often hard to prove. And under the United States Supreme Court precedent, prosecutors are granted immunity from being sued in civil court, even if their oversight is intentional.

One of the most harmful ways prosecutors overstep their bounds is failing to disclose evidence. This type of deceit is something advocates for wrongful convictions focus on when it comes to prosecutors. It is known as a “Brady” violation.

In this instance, John Leo Brady and a friend, Charles Donald Boblit, murdered a 53-year-old acquaintance. Though Brady admitted to being involved, he was not the one to murder the victim. The prosecution had evidence of this fact – a written statement by Boblit confessing to the murder – yet the prosecution withheld that information.

The Supreme Court stated that withholding exculpatory evidence violates due process when the evidence is material concerning either guilt or punishment. In this instance, withholding this evidence could have changed his punishment, whereby Brady would not have been sentenced to death.

In another case, Dewayne Brown was convicted and sentenced to death for the murder of a Houston police officer. Over a decade after his conviction, investigators found phone records in the prosecution’s possession that he had withheld during the trial. These records supported Brown’s alibi proving he was with his girlfriend at her house at the time of the murder.

Thankfully this evidence was discovered and brought to light before his execution. As a result, after 12 years of imprisonment, Brown was set free, and he received nearly $2 million in compensation for wrongful imprisonment.

In most instances, it is never good for a lawyer to lie, commit perjury, or encourage their client or witnesses to lie or commit perjury. However, a lawyer is allowed to accept what the client says is true and should always strive to maintain professional confidentiality as long as they are not helping the client commit a criminal or fraudulent act.

Prosecutors have also been known to lie by concealing evidence or failing to reveal important information that could potentially change the outcome of the trial. However, in many instances, prosecutors are not held responsible for their misconduct because of the protection of prosecutorial immunity. 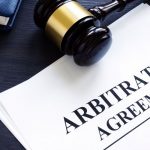