Politics has become really crazy and extremely divisive in the United States as well as in other parts of the world in recent years. After everything that has happened in the country these last few years, it is even more critical that we must learn about examples of democracies.

At the end of 2017, a Pew Research article noted that of the 167 countries with a population of at least 500,000, there were 96 had a democratic government of some sort, which is about 56%. Some of these countries included the United States, Canada, nearly all of the European Union and the Scandinavian countries.

What Is a Democracy? 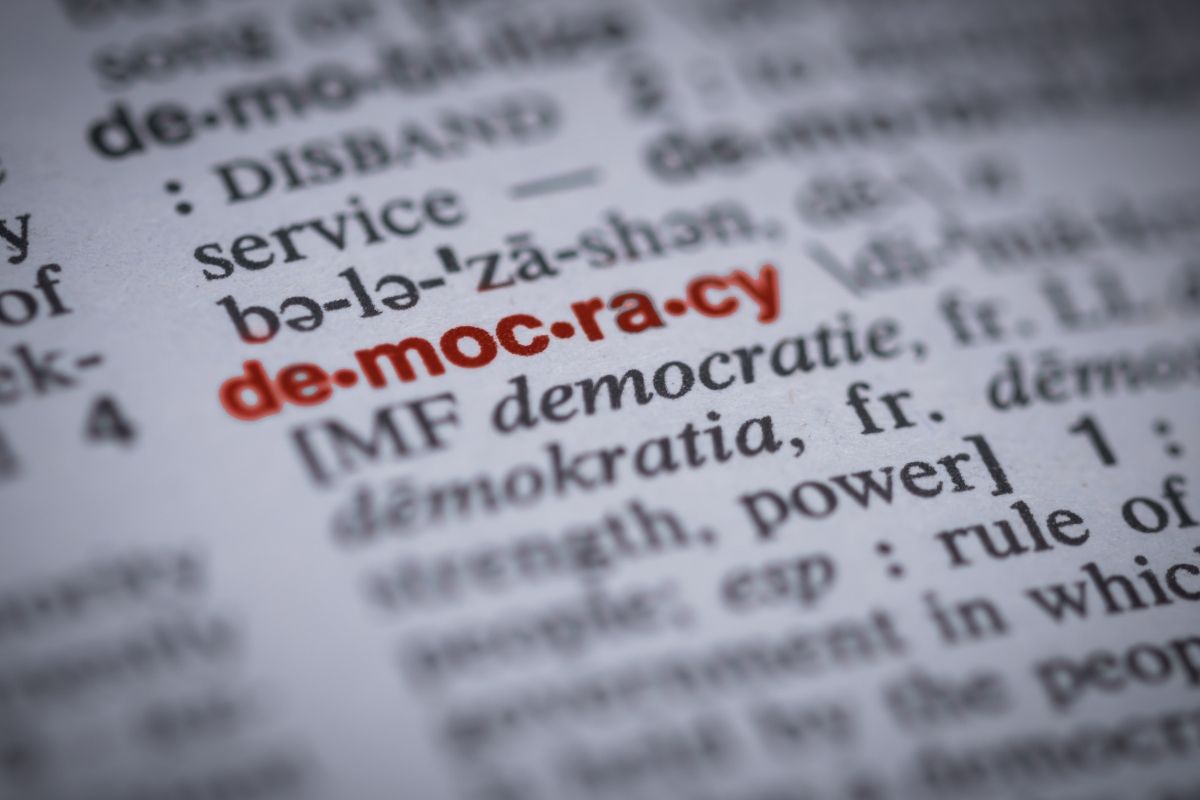 The word democracy has its origins from two Greek words, “demos” and “kratos,” demos is citizen and kratos is power or rule. So, the most basic definition of a democracy is a form of government in which the nation’s citizens are empowered to decide the laws under which they will live. These decisions are made through a vote by the people in a ‘direct democracy’ (also known as a true or pure democracy). Or through elected officials who vote on behalf of their constituents in a ‘representative democracy.’

As you can see, determining the type of democracy a particular country may fall under can be a quite complicated process.

The Different Types of Democracy

A direct democracy is a system where the people vote directly for any changes to the government and laws, rather than voting for representatives. Everything requires a vote by the people, from something as simple as fixing roads to something more complex such as raising taxes.

As long as there is a majority of the people who wishes to bring an issue to a vote, then it will be brought to the government. In today’s society, there are not any direct democracy. Switzerland is probably the closest to such a democracy, as the nation votes on all issue through a popular vote.

A representative democracy is probably the most common form of democracy found across the world. In this situation, the citizens vote for the people or their representatives into office at the various levels of government. This group of politicians are then supposed to represent the needs and thoughts of their constituents.

In a parliamentary democracy, the power is held by the legislative branch of the government through the parliament and the prime minister, there is an executive branch, but it has less power.

The United Kingdom is a good example of a parliamentary democracy. The United Kingdom parliament is broken down into the House of Commons and House of Lords, these two houses together with the prime minister work to make laws, check government spending and review the work of the government. The judicial branch is lead by the monarch. 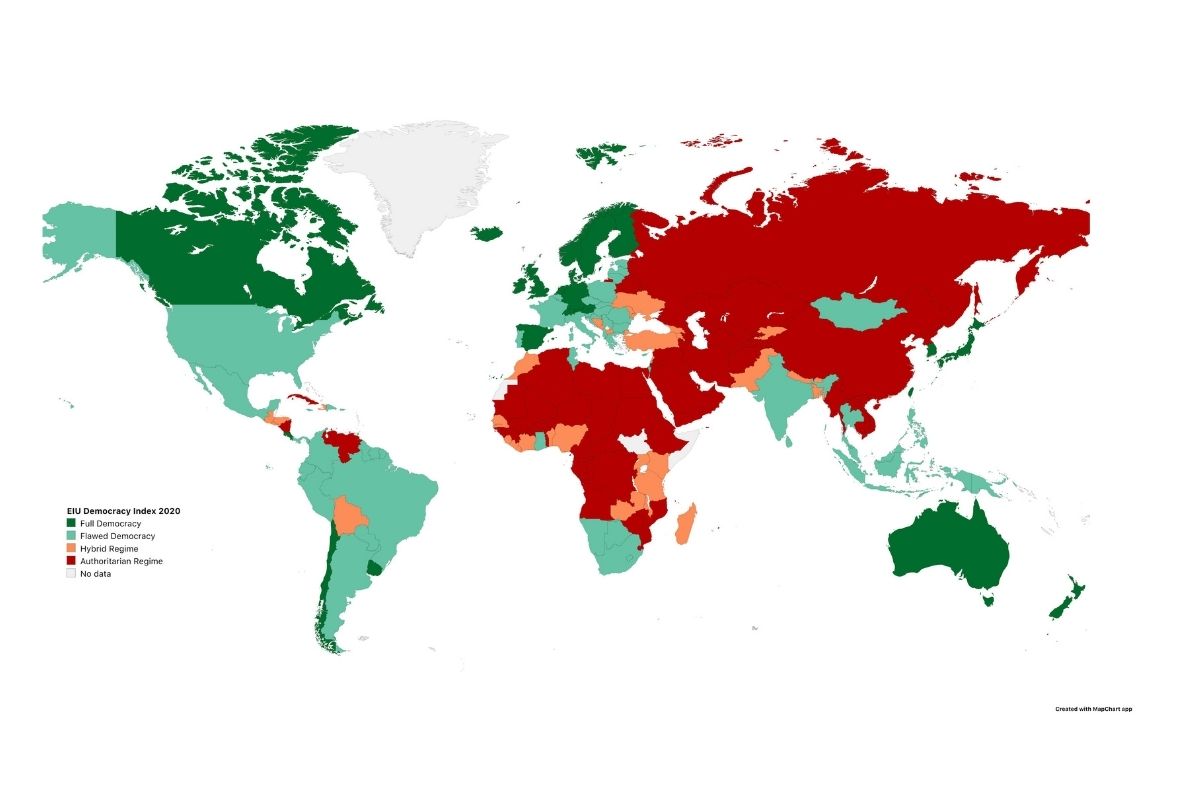 The index measures the state of democracy in 167 countries by tracking 60 different indicators in five different categories, electoral process and pluralism, functioning of government, political participation, political culture, and civil liberties. These indicators are then combined to give each category a rating between 0-10, and each of the five categories’ score is then averaged to determine the total index score.

The countries that have Democracy index score between 8.01 to 10 are considered full democracies. Countries whose score falls between 6.01 to 8 are considered to be flawed democracies. Although these countries may have free and fair elections and basic civil liberties, there are faults in other areas, such as low levels of participation in the process or an underdeveloped political culture.

The last two categories are for those countries whose score were too low to be considered a democracy. Countries that fall between 4.01 to 6 are considered to be a hybrid regime, and any country with a score below a 4 is considered an authoritative regime.

What Are the Minimum Ingredients for a Democracy?

There are different schools of thought on what are the basic minimum requirements for a democracy. The Democracy index’s wish list includes the following:

The Stanford University politics professor, Larry Diamond listed the following four key elements in one of his lectures:

Is the United States a Democracy, a Republic, or Both? 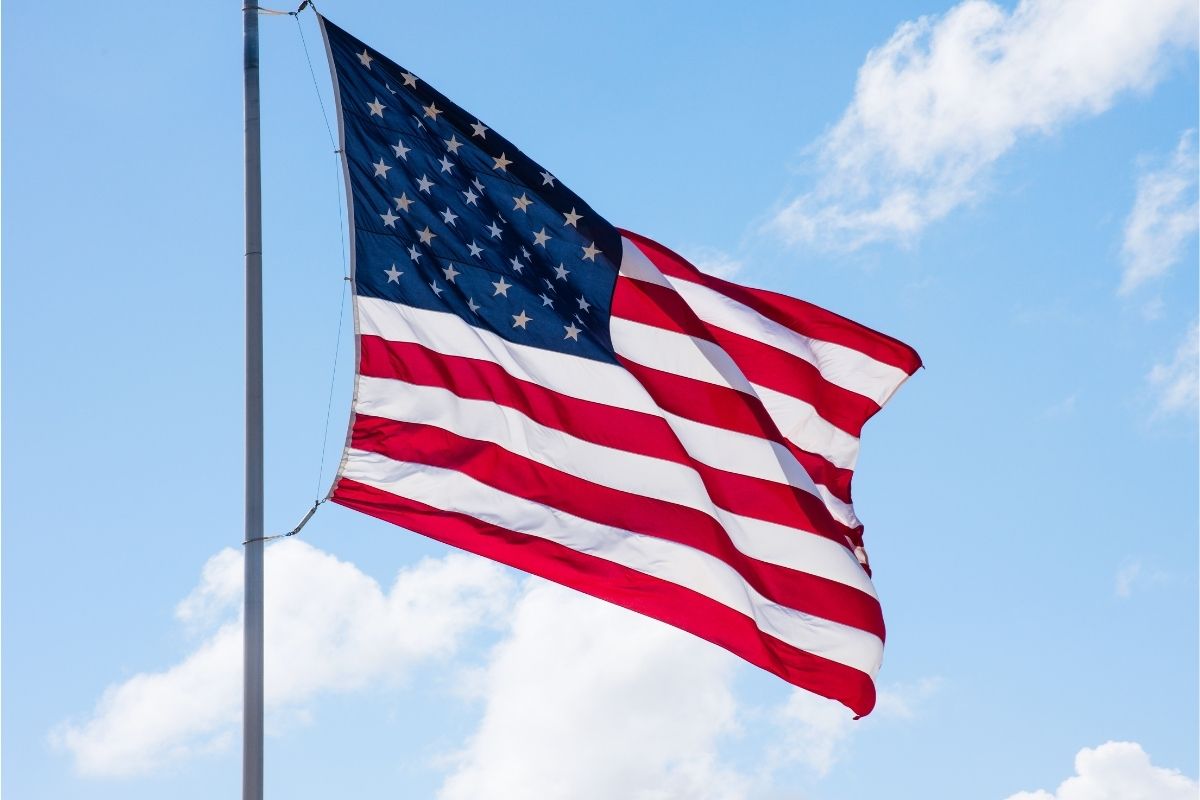 There is overlap in much of the political terminology, which can cause a certain amount of confusion as it relates to the overall discussion on whether the United States is a democracy or a republic. If we were to examine more closely, it would probably be most accurate to say it is probably both a democracy and a republic.

A direct democracy does not have elected officials or a constitution. The citizens have absolute power and make all of the decisions via direct votes. At a glance, this may seem to be the perfect system, a direct democracy has one major flaw: the lack of a constitution that provides the guiding principles. Therefore, at least 50.1% of the citizens will get what they want. There are no checks and balances, and no limits, in which case there is no protection for the 49.9% of the population and minorities can be vulnerable.

Whereas a republic is a government in which the power is held by both its citizens and their elected representatives. This power is limited by the laws contained within the constitution which preserves the rights of minorities and limits any abuse of power. The United States constitution and its amendments include such safeguards as the distribution of power among the three branches of government, the executive, judicial and legislative, the Bill of Rights, and the abolition of slavery. The elected officials must adhere to the constitution’s rules.

Therefore, the United States is both a constitutional democracy and a democratic republic.

As of 2020, the following are the ten most democratic countries in the world and their accompanying democracy index score:

The United States is glaringly missing from the top ten ranking, which is a sad reminder of the divisive political discourse that has occurred in the country in recent years, along with the distrust that a lot of its citizens now hold of the government. 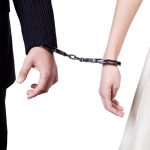 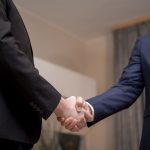