James Spader rose to prominence with his portrayal of the wealthy and arrogant playboy, Steff, in the 1986 film Pretty in Pink. And his fame was only growing on the silver screen when he took a break from his career to spend more time with family.

At the beginning of the new millennium, Spader made a comeback of sorts and turned towards the television to resuscitate his career as an actor; and boy, did he do a good job! Appearing as a regular in The Office and Boston Legal, Spader went on to receive not only love from his fans but several Emmys for his brilliant performances.

Today, he plays the criminal mastermind Raymond ‘Red’ Reddington on NBC’s hit show Blacklist. Here are some facts you might not have known about your favorite eccentric character on the TV Screen.

However, he doesn’t add ‘Todd’ in his stage name.

2. Rolling Stones magazine calls him the ‘strangest man on TV’

In a Rolling Stones interview, James Spader revealed certain aspects of his personality (namely his OCD, and his unconventional nature) that he does not shy away from. He embraces himself just the way he is, and his fans do too!

We all remember Robert California from The Office. In the eighth season, Robert convinces Jo to appoint him as the CEO in her place and he departs the office in the season finale. Initially, he was supposed to be on for only a single episode, but it turned into a larger role owing to his brilliance.

His character as the rich sleaze-ball, Steff, brought attention to his acting skills and pushed the film to monumental heights. It was premiered at the Cannes Film Festival in 1989, the same year Meryl Streep won for her phenomenal acting in ‘Cry in the Dark.’

6. He has three Emmys for Best Actor! 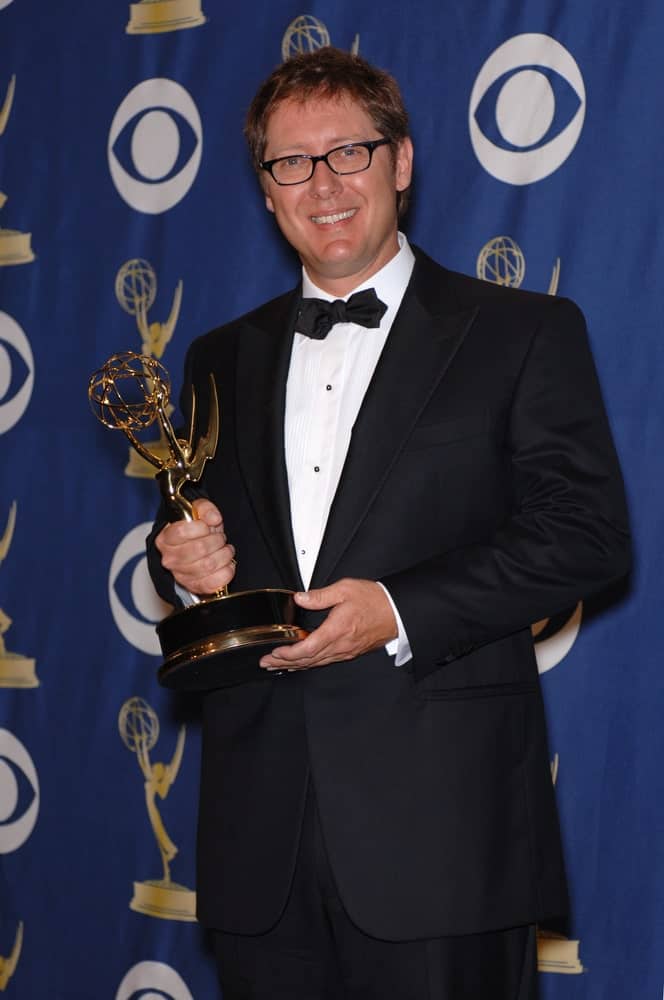 James Spader may not be ruling the cinema anymore, but his career as a TV actor has been an incredibly successful one. He received two Emmys for his performance in Boston Legal and one for The Practice.

7. He guest-starred on Seinfeld

In 1997, Spader appeared on an episode of Seinfeld called ‘The Apology.’ He played an angry recovering alcoholic who refuses to apologize for making fun of George.

8. Played the same character on Boston Legal and The Practice

Spader is perhaps the only actor to play the same character on two TV shows and get Emmys for both! Boston Legal was adapted from The Practice, and the directors decided to recast James Spader as the successful lawyer, Alan Shore.

His oddball character, Raymond ‘Red’ Reddington, in the detective show ‘Blacklist’ has led him to new heights in popularity. He has become part of the mainstream with his role as the criminal mastermind who has started assisting the FBI in solving a crime.

James Spader revealed that he loves playing Red in Blacklist because there is a lot of depth to the character. Spader wants to be challenged as an actor, and playing roles where the character is three-dimensional is a dream-come-true. He has always sought out roles that were quirky and shied away from boring acting jobs.

11. Didn’t set out to be an actor in the first place

Spader took up acting as a hobby when he started out; but when it started paying his bills, he started considering it as a serious and viable career.

Just like his Blacklist character, Spader is often found sporting a hat. For a Rolling Stone interview, Spader wore a green hat that matched the rest of his outfit. When asked if he is channeling his inner Red by wearing the hat, he commented that Red wore great hats, and his is just a normal everyday one. He also revealed that between his two homes in NY and Los Angeles, he has about 30 or so hats for summer and winter wear.

James Spader has been dating his former Alien Hunter (2003) co-star Leslie Stefanson for the past 17 years! Stefanson is an American model, actress, and artist.

Currently, Spader shares his carriage house with Leslie Stefanson, his girlfriend of more than a decade. They have a five-year-old son who Spader calls his ‘final offspring.’ Already having two sons in their twenties from his previous marriage, the actor revealed that he believes in ‘negative population growth,’ meaning that his three children will replace their parents.

15. He has obsessive-compulsive issues

Spader told an interviewer that he has obsessive-compulsive tendencies. He says: “I rely on a certain routine. It’s very hard for me, you know? It makes you very addictive in behavior because routine and ritual become entrenched. But in work, it manifests in an obsessive attention to detail, and fixation. It serves my work very well: Things don’t slip by. But I’m not very easygoing.”

His breathtaking and heartbreaking performance as Graham in the 1989 indie film bought audiences to tears before he got his prominent space on TV. His portrayal of the perverted impotent man led the film to become a part of movie folklore.

17. Played another lawyer in Wall Street

Starring with Charlie Sheen, James Spader played a smarmy lawyer in the 1987 movie Wall Street. It seems to be his role of choice!

18. He starred in The Secretary with Maggie Gyllenhaal

He made his return to television starring as the difficult boss in The Secretary alongside Maggie Gyllenhaal in 2002. His portrayal of the demanding and sadomasochistic lawyer, Mr. Grey, made people very, very uncomfortable; and he takes it as a compliment!

Source: The Globe and Mail

19. Known for his idiosyncrasies

Spader admitted that he has a very specific routine that he follows as he prepares for a scene. A few of his idiosyncrasies are recalled by his Boston Legal co-star William Shatner: “Our catering table was located near the stage entrance, so he had to avoid walking by and watching people licking their fingers or spreading butter on a bagel. He’d react with horror.”

The Blacklist screenwriter Jon Bokencamp also revealed that Spader converses with him for hours on the phone about the details of his character in order to do the best possible job.

20. He has been termed ‘difficult’ to work with

Because of his quirky personality, Spader has been termed difficult to work with by directors and screenwriters alike. Spader exclaims that it is his artistic vision and true dedication to the character at hand that gives him the title.

Spader took a trip to Europe with his family and bought a VW bus to travel around the continent when he was younger. At the end of the vacation, they liked the car so much that they drove it all the way back to America and used it as a regular car! It became his first car later on.

22. He’s quite picky about roles

Spader is specific about the kinds of roles he wants to play on TV. He says about Blacklist. “I wanted to find something which was going to mix irreverence with drama and a character who would continue to surprise me. On a series where you do 22 episodes, that’s such an important thing.”

23. He enjoys working in all his films as long as he doesn’t have to see them

James Spader tells the Guardian that he is not interested in the ‘business’ of being an actor. He wants to show up on set and do what he is good at. He also does not enjoy watching his films because he keeps dwelling on the things he could have done better in the role.

The estimated net worth of James Spader in 2019 is 10 million dollars.

25. Was married to Victoria Spader

Spader was previously married to Victoria Kheel, whom he met while working in a yoga studio when he moved to New York City in the 1980s. They married in 1987 and had two sons before getting divorced in 2014.

26. He starred in an Avenger’s film

Do you know who voiced Ultron in the Avenger’s movie Age of Ultron? You got it right. It was James Spader! Well, playing an eight-foot metal monster fits right in with his peculiar personality. He also revealed that it was a pleasure to work on the film and to catch up with his old friend, Robert Downey Jr.

27. Spader has often been described as ‘Intense’

Whatever role Spader embodies, he is all about the details. When he appeared on The Office for a short tenure, he used to rehearse his scenes more times than any other actor. He even debated with himself whether a piece of paper the character was holding should be in his left or right hand! The Office co-stars used to joke about being afraid of his intensity.

James Spader starred in ‘Race’- a play written and directed by David Mamet The play was performed on Broadway’s ‘Ethel Barrymore Theatre’ on December 6, 2009, and closed on August 21, 2010, after premiering 297 times.

29. His parents were teachers

In an interview with Seth Myers, Spader revealed that his parents were both teachers and the family did not have much money growing up. They did get sabbaticals, however, and that is how Spader could travel and see the world.

30. He is demanding of the people he works with

Spader admits that he does bring a lot of baggage with him when he takes on a project. He alludes to his ‘enthusiasm’ and says that his baggage is a positive addition to his career as an actor; this is why he is quite demanding of his co-stars, screenwriters, and directors. He expects them to bring in more to the task at hand.

The best thing about James Spader is that he is an oddball but he embraces it fully. This makes his fans more accepting of his eccentric personality and they love him all the more for it! If you have not seen him at his best in Blacklist, this is the best time to binge-watch all five seasons as the sixth season has just come to an end.