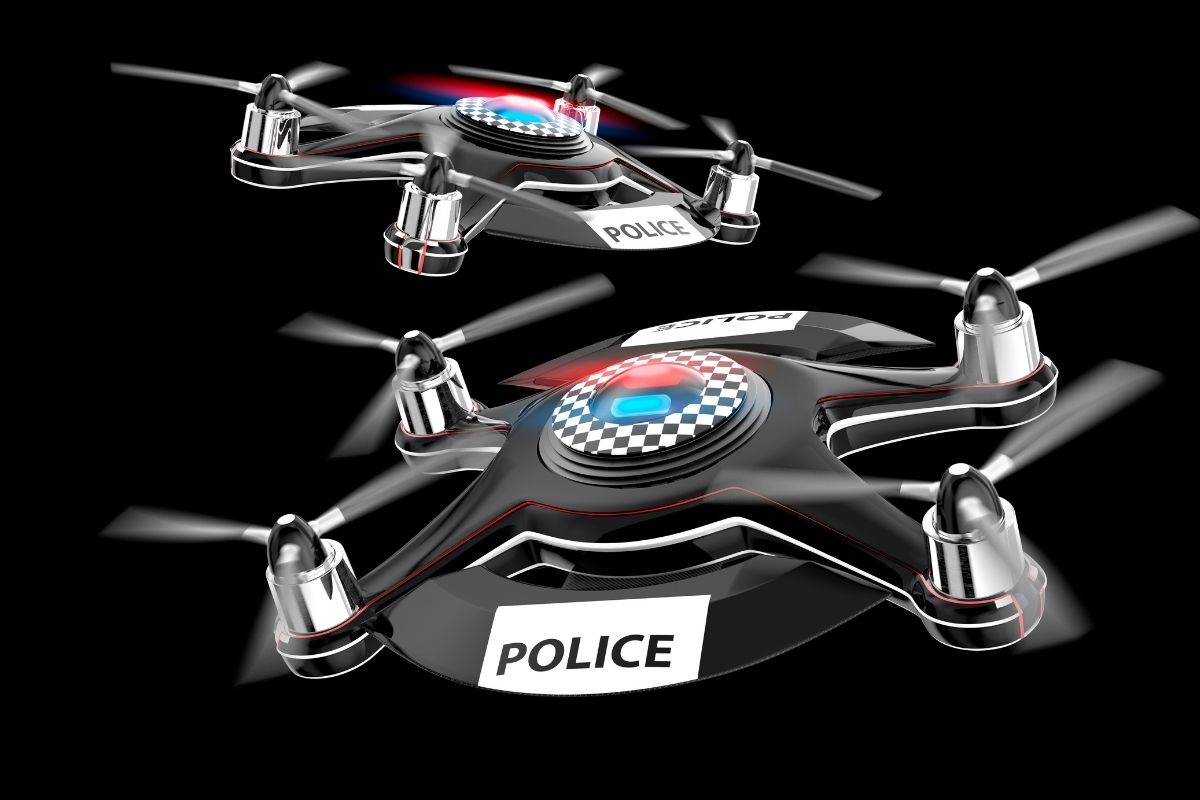 Drones have been in use for many years now. With uses in recreational, surveillance, and even tactical scenarios, drones have become the bread and butter of most of these situations. Drones aren’t just for fun either. Drones are used for police and military surveillance, news reporting, capturing photos and videos for a number of sports and other recreational uses.

Police departments use drones for many reasons that help aid them in their policing. Here are the different types of police drones currently in use:

Drones are used in so many different scenarios for police officers and other law enforcement agencies across the country. Having access to these drones allows for a more positive outcome and the applications allow them to be used for so many different situations and scenarios.
These are just some of the models that are commonly used for policing throughout the U.S. Let’s continue reading to discover more about these wonderful creations!

What is a Drone?

We’ve gone over a few of the different models of police drones previously, but we didn’t quite delve into what exactly is a drone and how they are used generally. So, in light of that let’s get into it!

Drones are unmanned aircraft designed to be operated via a control module or even in some cases, autonomously. A drone can be as big as an airplane or as small as a handheld device. The term “drone” is used to refer to any sized aircraft that does not have a pilot and can be flown remotely.

Unlike other aircraft, drones can be used for a variety of different purposes. While smaller drones are used recreationally, mostly, larger drones have become a staple in both policing and military operations worldwide. From surveillance to officer safety, drones are incredibly useful in the field and have a multitude of applications to choose from.

While drones aren’t only used for law enforcement agencies, they are a very obvious choice to have in a police department’s arsenal. Their practical and provide a multitude of different support options to allow these police officers to police more efficiently.

How Do Police Use Drones?

With multiple applications to choose from when it comes to the beneficial uses of drones in police work, it’s not a wonder that police everywhere have gotten their hands on the best drones out there. But what are the different applications that they can be used for? How do police use these drones to assist them in their job of policing?

Police use drones for many different situations and scenarios. Amongst these are Search and rescue, tracking suspects, officer safety, monitoring, mapping of high-frequency areas / hot spots, support for emergency services, event management, disaster relief, crime scene investigation, and reporting and analysis. It is not limited to these of course but these are certainly the most common uses.

Whether it’s tracking potential crime, assisting first responders in search and rescue, or even monitoring traffic to ensure safety, drones are helping law enforcement worldwide. Policing has become slightly safer and more effective with the eye in the sky!

What Are the Different Types of Police Drones?

We discussed the different types of police drones a little bit at the very beginning of this article, however, now we will go into further detail as to what exactly these drones are capable of. Let’s dive in and take a look!

Inspire I V2.0 + Zenmuse XT – This drone is known for being more than capable of handling itself in various police situations. With up to 23 minutes of flight time, you are guaranteed that it can handle any quick surveillance that may be needed. This model is compact and portable which means it can be stored and taken into many different environments and scenarios for deployment. It features a dual operator control system allowing for more flexibility during use. Lastly, it is the cheaper of the three models listed here, making it capable of being deployed with several officers simultaneously to allow for further reach and coverage of the area.

Matrice 100 + Zenmuse XT + Z30 – With all of the capabilities and more of the previously listed DJI Inspire, this Matrice 100 drone is capable of longer flight time, up to 35 minutes total, and can carry multiple payloads for whatever use is needed to police properly. This drone also features additional expansion bays which can be useful to both police and military and their operations. Finally, this drone features a dual battery compartment for lasting life while deployed.

Matrice 210 RTK-G + Zenmuse XT + Z30 Zoom – Last on our list and most useful and jammed packed, the Matrice 210 has the highest flight time at 38 minutes or more. Hosting dual payload options the Matrice 210 is capable of providing more for its operators. Another cool feature for this drone is the IP43 water-resistant material which allows it to be applicable in wet conditions. The Matrice 210 also has a built-in obstacle avoidance feature that helps aid drone pilots in avoiding unforeseen obstacles that may “jump right out” in front of the drone.

With multiple options for several payloads, these drones are capable of discreetly delivering much-needed gear to police officers that may be secluded, unable to get help, or even to civilians that may be in danger. This is probably one of the coolest uses!

These may not be the only drones on the market that the police are using, but they are definitely the most common models and feature the best equipment to get the job done and provide police with safe, effective and consistent results with their policing responsibilities. Want to know more? Check out the rest of this article to discover how these drones are useful to police.

How Are Drones Useful to Police? 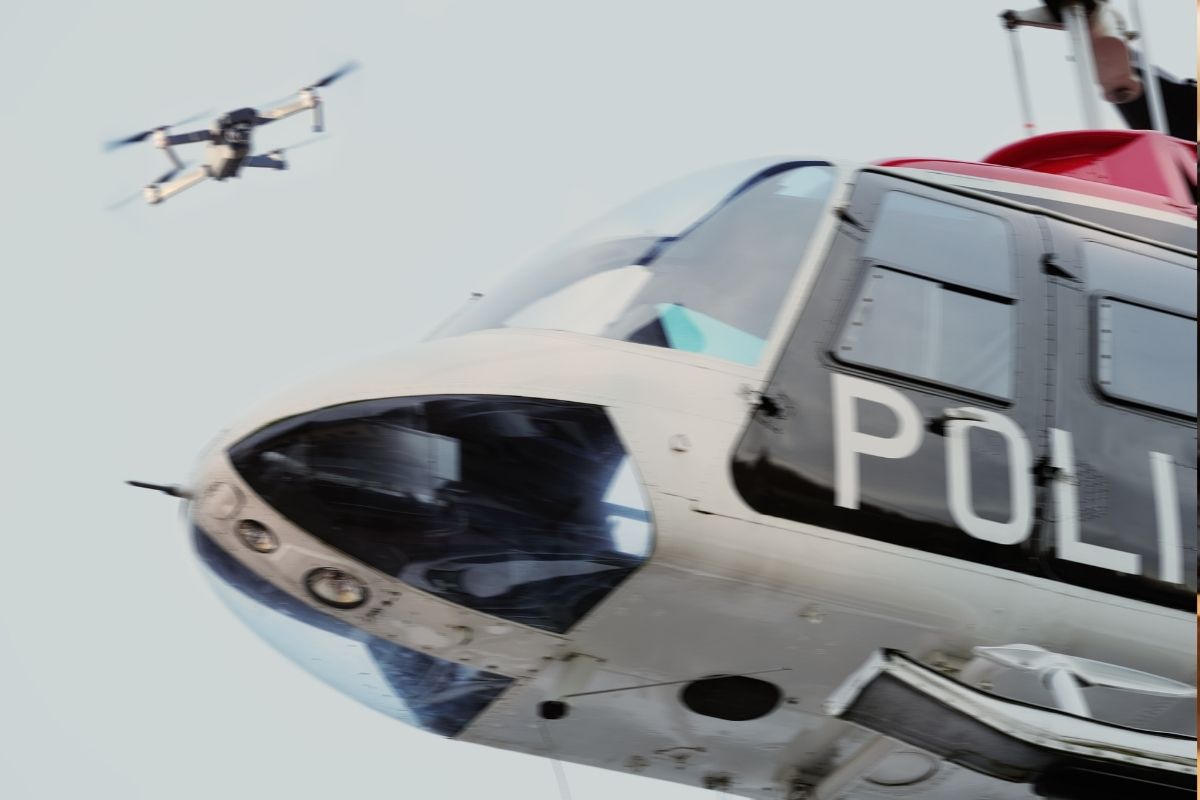 Drones are making so many situations that much easier for law enforcement agencies as well as military branches. With so many different applications that they can be used for, drones are invaluable to these departments and will likely continue to get better as technology progresses.

Law enforcement agencies can use drones to aid officers in policing more effectively and efficiently. Drones can be used to photograph traffic crash scenes, aiding in getting a broader picture of what happened. They can also be used to control crowds during stressful situations. They can monitor prisons or government facilities, ensuring that any escapees or people of interest are tracked properly. As well as these, the sky is the limit for these drones and what they are capable of doing.

These are just a few of the many different applicable uses for drones and police work. They are truly invaluable and will continue to progress and become even more useful in even more situations as tech advances.

What is the Future of Police Drones?

The future of police drones and how they could operate to benefit police officers and operations truly are endless. When thinking about how well they work today and how well they could work 5 or even 10 years from now definitely leaves a huge area of opportunity for these drones to really take it to the next level.

The possibilities of autonomous drones aiding police officers in their everyday responsibilities while not having to maintain a physical presence to operate could potentially benefit more than just the foot soldiers on the ground daily, but the agencies and their operations as a whole.

Currently, there are certain requirements and limitations that law enforcement agencies must adhere to, in order to operate their drones within legal statute but even with these limitations in place, it is still expected for police drones to have even more fundamental values in the world of police work.

Technology is currently being developed to assist in this autonomously operated drone’s agenda by deploying various “nests” throughout the cities and towns which would allow for the drones to deploy, return, and re-deploy without having to return to a central headquarters to charge or have their batteries changed out. These nests would act as charging stations to combat the low flight times, allowing the drones to be stationed for just a few minutes at a time while charging, then be able to return to their missions.

With so many other possibilities in the works drone technology is just going to become more and more advanced. The possible applications for drone use in law enforcement, public safety, military, and civilian life are endless.

Types of Police Drones – In Conclusion

With so many different police drones and uses, it’s no wonder they have become so useful to law enforcement agencies across the country and world! From search and rescue to surveillance these drones have become a staple in the everyday police work everywhere. Without them, police officers would find their jobs that much more difficult, and more lives would likely not be saved thanks to the use of drones. 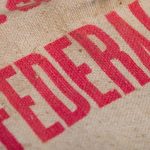 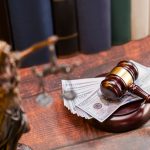