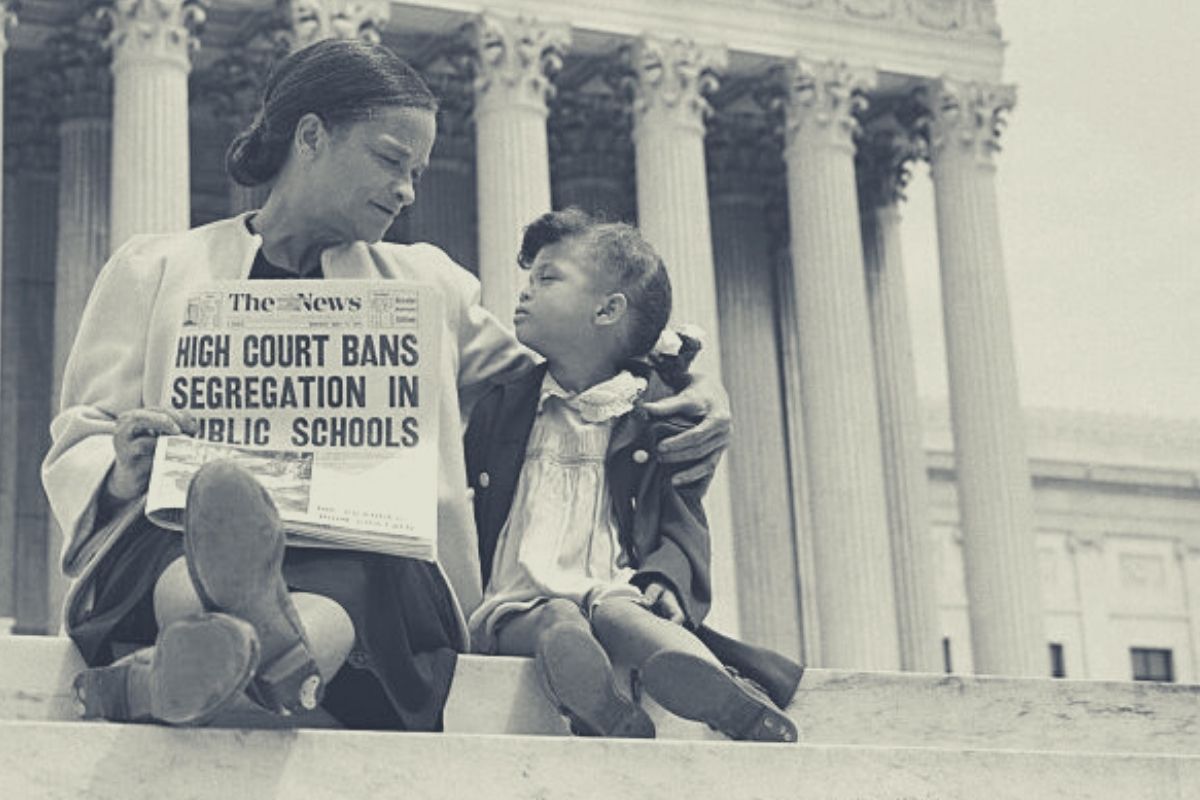 My children and I watched the movie Ruby Bridges about the first African-American child to attend the all-white William Frantz Elementary School in Louisiana, thus breaking segregation that had been practiced up to that time. It amazed me how this tiny little girl was brave enough to face an entire school population who considered her their enemy. Yet her attendance was a significant step since the Brown v. Board of Education ruling.  So, why was Brown v Board of Education Significant?

Brown v. Board of Education was a momentous time for African Americans in history because it helped pave the way for Black people to be treated equal to their white counterparts. In 1869, the Supreme Court ruled in Plessy v. Ferguson that racial segregation was legal. That meant that it was okay to provide separate public facilities for African Americans, such as schools, buses, and other public places, as long as their facilities offered the same value that facilities for whites had.

When Brown v. Board of Education was won, racial segregation was declared unconstitutional. It was against the clause, separate but equal, in that though blacks and whites were separated, the services provided to each group were nowhere near the same.

Timeline of Events Leading Up to Brown v. Board of Education 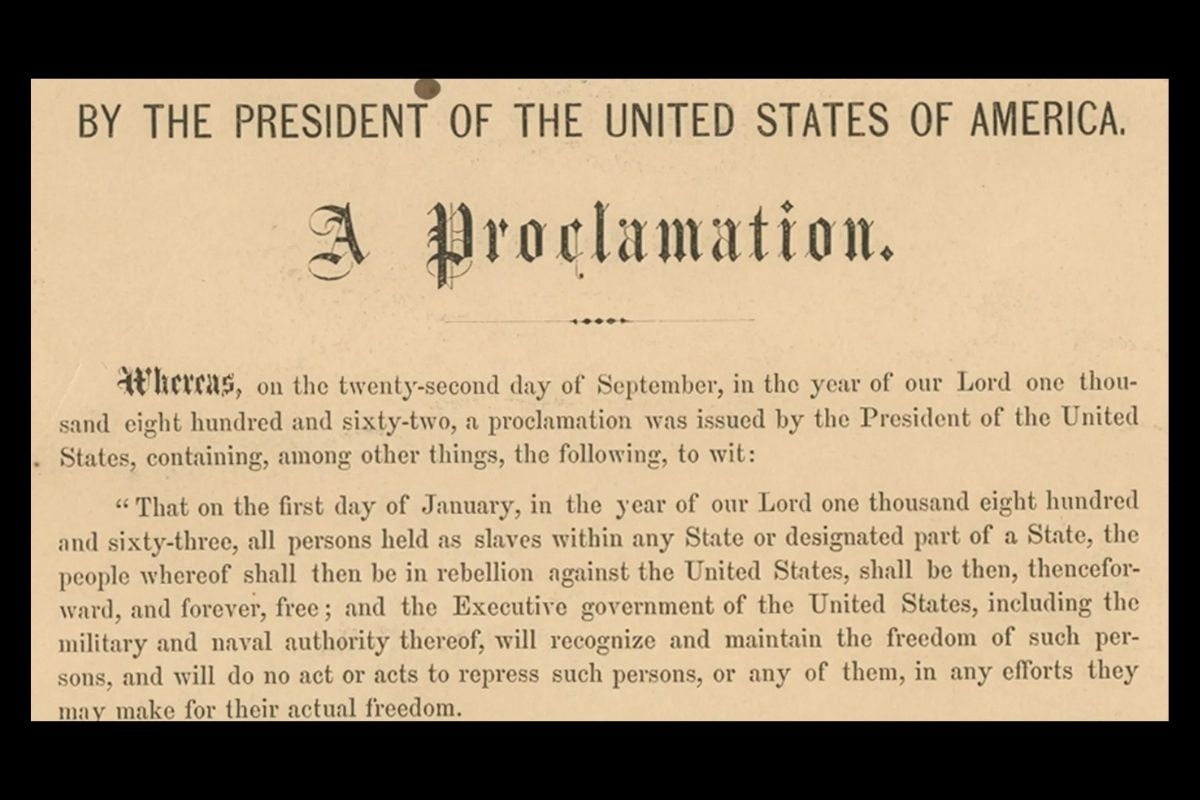 In 1863 President Lincoln announced the Emancipation Proclamation. This stated that all persons held as slaves should be free. Unfortunately, this only applied to the states that were still a part of the United States and had not seceded. However, it was the beginning of a long road to equality for African Americans.

In 1868, the 14th Amendment to the U.S. Constitution granted citizenship to all persons born or naturalized in the United States. This included former slaves. It was supposed to guarantee that all citizens, black and white, were protected equally under the law.

In 1870, the 15th Amendment gave all Black American men the right to vote. Yet despite these two rulings, a majority of the white population was not happy. They did not like that they were supposed to share equal rights with those they once owned as slaves.

Thus, the South developed “Jim Crow” laws. These laws stated that black people could not use the same public facilities as white people, nor could they live in the same neighborhoods or go to the same schools. Interracial marriage was against the law, and the only way that black men could vote was if they passed a voter literacy test.

Though these laws were particular to the South, the North seemed to apply the same segregation standards as the laws of the South. Thus, Black people were still severely discriminated against.

In 1896, the Jim Crow laws were solidified when the U.S. Supreme Court ruled in Plessy v. Ferguson. This ruling maintained that though black people were equal to whites, they were legally bound to stay separate.

It Began With a 7-Year-Old Girl

One September morning in Topeka, Kansas, an African American father took his 7-year-old daughter, Linda, to an all-white school, Sumner Elementary, just four blocks from where they lived. However, when he arrived, the school would not let her attend because of the color of her skin.

The father, Rev. Oliver Leon Brown, was an African Methodist Episcopal pastor. Brown felt that his daughter should be allowed to attend the all-white school because it was the right thing to do. He did not like the message they were teaching their children, that they could not go to school in their own neighborhood because their skin was black.

Armed with determination and his head held high, Brown unsuspectedly set the course for history to be made.

For the past year, getting Linda to school had been a burden that upset her mother. She hated that Linda had to walk miles to catch a bus, sometimes in freezing temperatures, just to get to the all-black school where she was required to attend. Other African American parents shared the same dismay. Yet when they tried to enroll their children in an all-white Topeka school, they were refused entry. 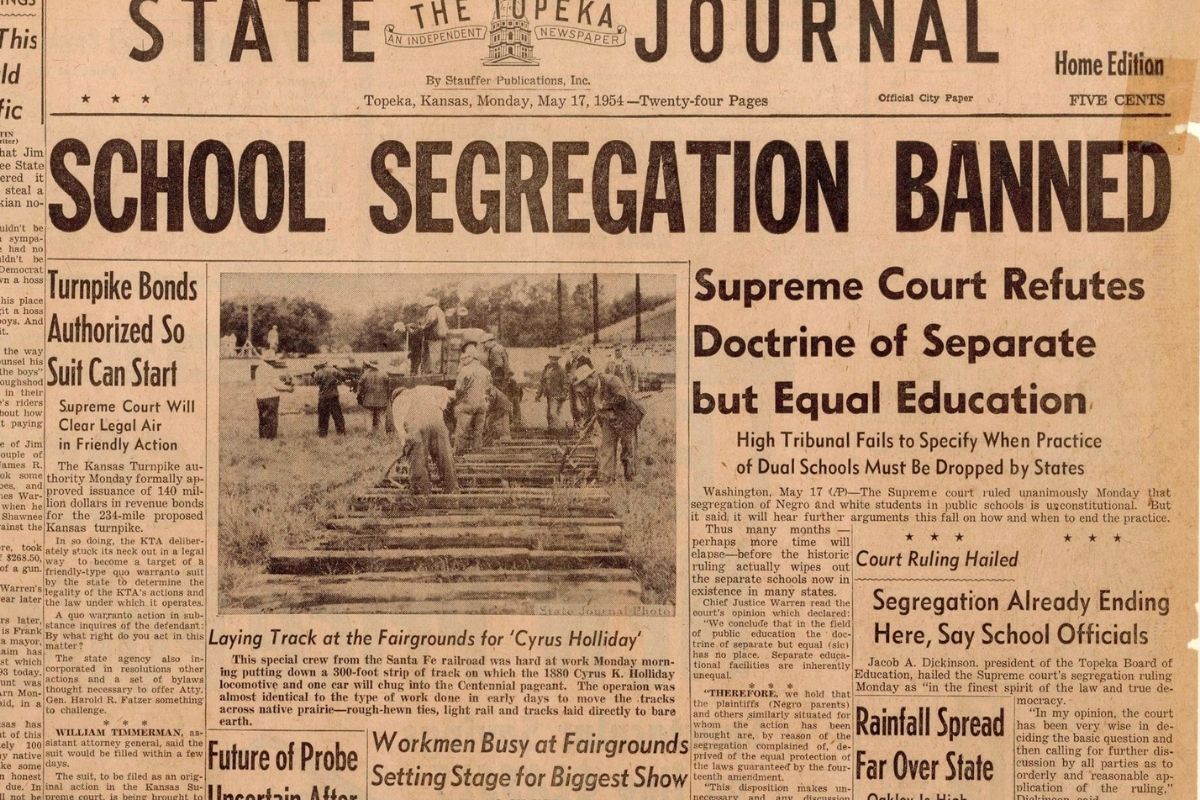 In 1951, attorney Charles S. Scott led by the NAACP (National Association for the Advancement of Colored People), filed a class-action lawsuit against the school district in federal court. Though many African American parents argued that maintaining segregated schools did not make their children equal, the courts ruled in favor of the Topeka Board of Education.

Brown did not give up, nor did the NAACP. In 1952 the case Oliver L. Brown et al. v. Board of Education of Topeka was appealed to the Supreme Court, and the case was combined with other similar cases around the country. These included:

Though the Supreme Court consolidated the five cases, they all became known as Brown v. Board of Education of Topeka. Rev. Oliver Brown was the plaintiff, and he and all black children across the country were represented by Thurgood Marshall, chief counsel for the NAACP Legal Defense & Education Fund.

Marshall argued that segregation was in violation of the 14th Amendment rights of all black children. He claimed that the 14th Amendment was created to deprive the states of the ability to enforce “Black Codes” or anything else like them.

After a long and arduous fight, on May 17, 1954, the Supreme Court announced a unanimous decision. Separate educational facilities are inherently unequal. Chief Justice Earl Warren wrote: “in the field of public education, the doctrine of ‘separate but equal’ has no place.” The Court ruled that by forcing black children to attend all-black schools, they were being deprived of the equal protection of the laws guaranteed them by the 14th Amendment.

This Victory Was Only the Beginning

The laws were changed, but white Americans didn’t agree with those decisions. They continually protested the desegregation of schools, and many white parents pulled their children from the school where black children were allowed to attend.

In 1957, an all-white school in Little Rock, Arkansas, asked for volunteers from the black high schools to attend their school. On September 3, nine Black students, later known as the Little Rock Nine, began classes there but were met with such intense opposition by an angry mob and the Arkansas National Guard, who Governor Orval Gaubus sent to block them from entering the school.

The Little Rock Nine tried again two weeks later and made it into the school but had to leave early for their safety. It wasn’t until President Dwight D. Eisenhower stepped in and sent federal troops to Arkansas to escort the Little Rock Nine that they were able to attend.

Three years later, Black Americans were still being discriminated against. In February 1960, four college students stood up to segregation that was still being practiced despite the Brown v. Board ruling, and they sat down to have lunch at a Woolworth’s lunch counter, refusing to leave until they were served. This was the beginning of a large boycott that changed history for black people once again.

Then in November 1960, a tiny six-year-old black girl, Ruby Bridges, became one of the bravest girls in history and was the first to attend an all-white school in Louisiana. She faced horrific opposition from the parents and teachers of William Frantz Elementary School, including threats on her life. 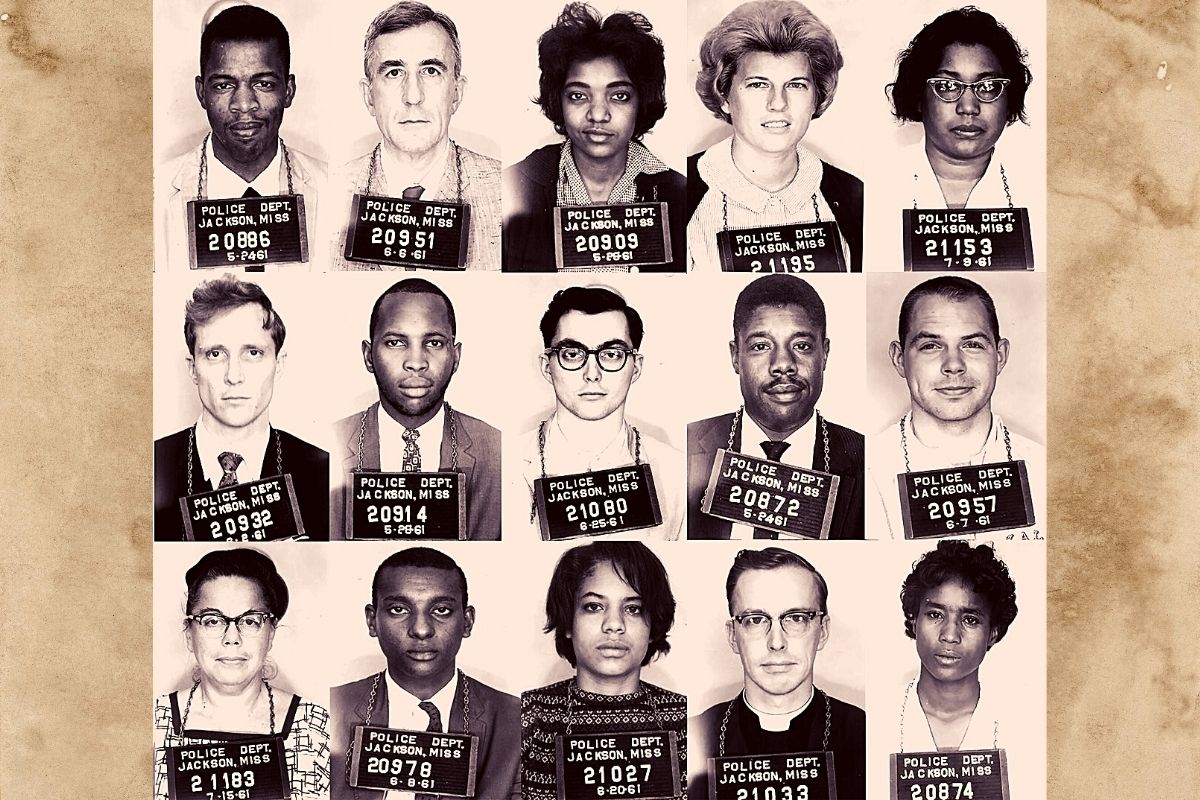 Now, entering 1961, a group of Freedom Riders made up of seven black and six white activists decided to ride a Greyhound bus together on a tour of the American South, protesting segregation in bus terminals. They faced violence from police and white protestors, and when they reached Anniston, Alabama, people bombed the bus.

Though the Freedom Riders escaped the flames, protestors beat them severely. Despite the violence and beatings, they continued on and even spent 30 days in jail for trespassing in a “whites only” public establishment.

Eventually, in 1961, the Kennedy administration pressured the Interstate Commerce Commission to put forth regulations that would make segregation in interstate transit terminals illegal.

Each of these acts initiated by the brave family of Oliver Brown paved the way that led up to the Civil Rights Act of 1964, which prohibits discrimination on the basis of race, color, religion, sex, or national origin. There were added provisions to the Civil Rights Act, but for the importance of this article, it was beneficial in strengthening the enforcement of desegregation of schools. 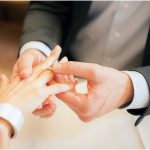 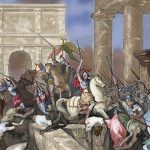