Victimology is the study of a victims’ characteristics, their relationship with the offender and the criminal justice system, and the effects that illegal acts have on them. Ordinarily, the study of victimology is classified as a branch of criminology. However, there is a necessary distinction between the two fields of study. Rather than studying victims, criminology focuses on the study of crime, criminals, and criminal behavior. This distinction is critical because criminologists tend to push the victims to the wayside even though they are equally crucial to the event of a crime. This is where the different types of victimology come into play, studying the victim’s role in the commission of a crime. But, what are the types of victimology?

Victimology takes various forms of study, including; penal, general, theoretical, and critical victimology. Each type studies victims from a different perspective in an effort to understand why people are victimized. Most of the kinds of victimology tend to focus on crime victims, their characteristics, their relationship to the offender, their influence on the crime’s event, and their role in the criminal justice system.

Do you want to know how each of the types views and studies victims? Keep reading to learn about the different types of victimology and how they contribute to our understanding of victims.

The development of modern victimology paved the way for the various types that exist today. Before we dive into explaining the different kinds of victimology, we must first understand the field as a whole, including its origins.

The study of victimology originated in the 1940s and 1950s, with Hans von Hentig and Benjamin Mendelsohn’s work. Von Hentig and Mendelsohn were both criminologists who sought to understand victim-offender relationships. Their studies uncovered the possibility that victims may play a role in their victimization, meaning that they share responsibility for the loss or injury that impacted them. Early victimologists believed that they could identify a victim’s costly mistakes by investigating their actions. If criminal justice experts understood the victim’s role in a crime, they could develop risk-reduction strategies.

In victimology’s early stages, victimologists’ work was minimal, and the development of criminology clouded the work that they produced. Due to these factors, the criminal justice system gave the field little to no credit, and the work of the scholars who studied victims was insufficiently acknowledged. It wasn’t until the 1970’s that victimology became formally recognized as a branch of criminology.

The different types of victimology were then derived from the work and theories made by the founders. The kinds of victimology consist of critiques, agreements, and additions to von Hentig and Mendelsohn’s ideas.

Penal victimology, also called the interactionist approach, is consistent with von Hentig and Mendelsohn’s work. It views victims strictly from a legal lens, and victimization is defined by criminal law. The role of a victim in the criminal justice system and how the victim and offender interact in a crime commission.

The interactionist approach examines the “penal couple” involved in the event of a crime. Interactionists define the penal couple as the two actors involved in a crime; the offender and the victim. They believe that there need to be two parties, who are both essential for a crime to occur.

Penal victimology begs the question, how does the victim share responsibility for the crime? Interactionists would answer that the victim provides an opportunity for a crime to be committed. They theorize that victims should share functional responsibility for a crime because they gave the offender a chance to commit a crime. For example, let’s say someone left their front door unlocked overnight during which, someone burglarized their home. In this scenario, interactionists would state that if the victim didn’t leave their front door opened, the burglar would not have had as much chance to break into the home. Therefore the victim should bear some responsibility for the crime.

Many modern victimologists disagree with this perspective and reject it for victim-blaming. Specifically, they think it’s immoral to say victims in sexual assault cases played a role in the assault, making this approach to victimology highly controversial. However, penal victimology can always be considered the starting point of the field as other scholars developed improved methods over time.

Many victimologists believe that penal victimology’s definition of a victim is far too narrow. They think that victimization is not limited to criminal events. General victimology or victimity takes a broader approach to the study of victims, going outside the criminal justice system’s realm.

The study of victimity is the study of all victims. Scholars who subscribe to this approach believe that the term victim shouldn’t be restricted to crime victims because criminals are not the only entities that can target individuals. General victimology studies five victimization categories: criminal, self, social-environmental, technological, and natural disaster. These categories open up the victimology studies to victims beyond the criminal justice system, types of victims in which, without inclusion, research would be minimal.

Victimity seeks to understand the general victim, an individual who is physically, emotionally, or financially injured by an individual, event, organization, or natural occurrence. Through the study and understanding of the general victim, victimologists can develop treatment, prevention, and alleviation methods for the aftermath of a crime, without regard to the cause.

Theoretical victimology is an extension of penal victimology. It attempts to explain the victim’s influence on a crime through analysis, data collection, and developing theories. Theoretical victimologists believe that a victim’s behavior and the role they play in a crime is dynamic; therefore, outdated ideas that have existed in the field for decades cannot explain.

Experts created several theoretical models through this approach. The models attempt to explain the variation in risk, parallels of victim behaviors, and the cause of repeat victimization. The developed theoretical models concentrate on victims’ various demographics and the interactions and relationships between a victim and an offender.

The theoretical models of victimization typically fall into one of two general categories. The opportunity models focus on the opportunities for crimes instead of criminal motivation when explaining why individuals are victimized. Then, the interaction models look at the victim-offender relationship and interaction when attempting to explain the causation of criminal events.

Critical victimology is the newest type of victimology. This approach attempts to understand the large-scale social environment in which a crime occurs instead of the other kinds of victimology that primarily focus on the victim-offender relationship. Critical victimologists study how some groups such as women, the lower-class, and racial minorities are structurally at a higher risk of victimization.

Victimologists who follow this approach believe that society is structured to put certain groups at higher risk rather than the victim influencing criminal behavior. A homeless man, for example, has a greater chance of being victimized than the general population. While it can be stated that the homeless man is “putting himself at risk” by sleeping on the street, it’s not logical to only take his actions into account. Critical victimologists take the “big picture” into account when analyzing why an individual is more likely to be victimized. They look at the structural factors that contributed to the individual being in that situation and how they cause certain groups to have a higher chance of being a victim.

Critical victimology attempts to step away from the “victim-blaming” tendencies of the other approaches by explaining how social forces contribute to an individual’s probability of being victimized. By moving away from theories that state victims share responsibility for a crime, this approach recognizes the need for victim’s rights within the criminal justice system if our society wants to see an improvement in victimization rates.

Scholars argued over the initial approach’s accuracy in defining a victim, as the field of victimology advanced and separated itself from criminology. Their disagreement on the causes of victimization gave way to the different types of victimization.

The different types of victimization explain why specific individuals have higher chances of being targeted by a criminal. The types analyze various factors such as a victim’s behavior, interaction and relationship with the offender, and their social status to determine victimization rates. General victimology even states that victimology’s studies shouldn’t be limited to crime victims and should have a broader scope. The types of victimology create a diverse field of study that examines victims from different perspectives to derive the truth about the causes and risks of victimization.

Kaila Ohsowski was born and raised right outside of Detroit, Michigan, as a young adult she decided to move to Chicago to pursue an education. She is now a student at Loyola University Chicago studying Pre-Law and Criminal Justice. She even received the Dean’s Scholarship upon entrance into Loyola for her outstanding academic performance. As an aspiring criminal defense attorney, she hopes to help those who are wrongfully accused within the criminal justice system. Kaila has always been an outstanding writer and has received praise for her writing skills from many of her instructors. In her free time, she loves to unwind with friends and family, and listen to music. 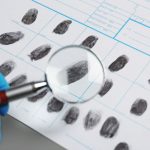